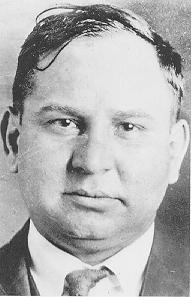 Joe, "The Boss" Masseria was a very successful Italian gangster in the 1920's. He was a member of the Morello gang before becoming the boss of the group. Masseria, like most other gangsters of this era gained his power and organization during the Prohibition era. 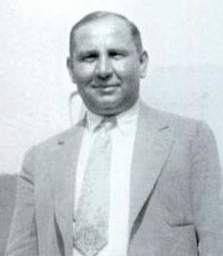 Joe Masseria was a member of the Morello Gang began before becoming boss of and creating the Masseria Organization. During the period of Prohibition, he along with Peter Morello operated one of the largest and most power criminal empires in America.

After his death the organization changed hands to Charles Luciano, before eventually being known presently as the Genovese Family.

According to his WWI draft card, Joe Masseria was born Giuseppe Masseria in 1887 in Marsala Sicily. His life was relatively boring up until the turn of the century. In his early 20's he started to work for local mafia bosses on the island. After murdering a man in 1903 he fled to America to continue his criminal enterprises.

Once he got to America he began to rob shops and extort local business owners before being brought into the 107th Street Gang under the command of the Morello-Terranova-Saietta alliance. This was Masseria's first foray into the American mafia scene as part of the Terranova gang. By joining the gang he was given work and protection, things essential on the streets of New York at the turn of the 20th century.

Masseria was arrested in 1907 for extortion and burglary, however thanks to his affiliations with Terranova he received a suspended jail sentence. His experience with this unified gang was only to last a few more years till the founding members Lupo Saietta and Giuseppe Morello were arrested and convicted for counterfeiting money. Both received very long prison sentences and the gang was thrown into chaos as the only remaining member Terranova tried to assert control.

The Terranova brothers struggled to maintain control over the disparate groups of New York gangs and soon there was rebellion amongst the groups. The Brooklyn Camorra soon began a gang war which lead to the murder of Nicholas Terranova in 1916. Masseria himself tried to assert control and establish his group in lower Manhattan, however he was soon arrested for burglary and was sent to prison for 4-5 years.

While Masseria was in jail the Morello and Camorra war came to an end when triggerman Raffaele Daniello cooperated with the authorities and caused the entire leadership of the Camorra to be arrested and convicted of multiple murders.

by 1920 Giuseppe Morello was out of prison. His partner Ignazio Saietta left America and headed back to Sicily, Morello however was eager to return to the New York streets. However, another mafiosi from Brooklyn had already claimed Morello's throne as Boss of Bosses, that man was Salvatore D'Aquila.D'Aquila wasn't willing to give back his position to Morello and was backed by Cleveland boss Joseph Lonardo and the Brooklyn gang leader Frankie Yale. Soon D'Aquila targeted the Morello-Terranova leadership, including Masseria. D'Aquila also targeted a former Camorra member, Umberto Valenti.Umberto Valenti was a New York gangster who was originally a member of the Neapolitan Camorra of Brooklyn, who then allied himself to the Morello gang from 1917 to 1920 after the Mafia-Camorra War had ended. To save himself Valenti took sides with D'Aquila and agreed upon killing the Morello-Terranova leadership.One of his victims was 36 year old Vincent Terranova. Masseria immediately responded by gunning down Valenti lieutenant Silva Tagliagamba at the Manhattan Liquor Exchange. Joe the Boss was charged with the murder, but the case never went to trial (Ciro Terranova's connections within the various branches of the government were exceptional for the time).

"Man Who Could Dodge Bullets"

On August 8, 1922, Joe Masseria was ambushed by Valenti gunmen on 5th St. and 2nd Ave. near his home. Masseria ducked into Heiney's Millinery where a Valenti gunman proceeded to shoot at him 4 times from a range of 10 feet while Masseria ducked and dodged while the gun was fired. The amazed shooter and store clerk couldn't believe only store items and Masseria's straw hat were hit. The legend that Joe Masseria could dodge bullets was born.Masseria was now ready to take his revenge on Valenti. A meeting was arranged with him on August 11, 1922, at an Italian restaurant located at 233 East 12th St. where Masseria and Valenti would eat and discuss his up-coming retirement.As Valenti was moving to the restaurant he noticed he was being followed and realized he was being ambush. Valenti fled from Masseria's gunmen but was eventually shot to death while jumping on a moving taxi.After Valenti was murdered it brought violence to the streets as in the following days others were killed as well. Soon he was overpowering D'Aquila who's own members started to realize they were better off with Masseria then D'Aquila. One of them was his own lieutenant, Al Mineo.

In 1925 a man entered America who would change the life of Masseria forever. This man was Salvatore Maranzano, a respected mafiosi hailing from Castellammare Del Golfo. Maranzano went to live in Williamsburg, Brooklyn, where he joined forces with Nicolo Schiro. Schiro and Maranzano were already associates back in Sicily and Schiro knew his background. Salvatore Maranzano then set up bootlegging, gambling, loansharking, theft and hijacking operations that eventually came into conflict with the interests of Joe Masseria.Joe Masseria, being boss of the first recognized Mafia organization in New York, felt that the Brooklyn Castellammarese and their associates could form a future threat. Masseria demanded that every Family had to pay him tributes. Nicolo Schiro was said to have paid Masseria to avoid trouble, but later disappeared, making Vito Bonventre or Salvatore Maranzano the new leader (Whom exactly succeeded Schiro isn't clear). After both organizations turned violent towards eachother by hijacking trucks or by destroying illegal breweries, a war was inevitable. Masseria also grew suspicious towards his New York allies and to suppress this rebellion Masseria ordered the killing of Gaetano Reina, believing Reina was plotting against him. The war would eventualy become known as the Castellammarese War.At that time behind the boss's back (Masseria may have been aware but chose not to deal with it), Luciano established relationships with various gang leaders inside of and outside of the Mafia society across the United States. He participated in the Seven Group, a bootlegging cooperative, and planned with Frank Costello for the illicit enterprises the underworld might enter into once Prohibition ended. Luciano maintained contact with Jewish mobsters and childhood companions Meyer Lansky and Benjamin Siegel and established a relationship with Dutch Shultz. But after a while Masseria began to see Luciano as a threat. One day Luciano was forced into a car at gunpoint and was beaten, stabbed and left for dead on the beach. Luciano found out through Meyer Lansky that it was Masseria that ordered the hit. So Luciano teamed up with Salvatore Maranzano to betray Joe Masseria. 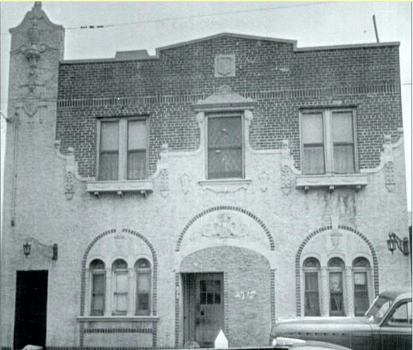 Masseria named old Morello-Lupo mob boss Giuseppe (Peter) Morello as boss of bosses. Masseria had hoped to convince the underworld once again that he was ready for retirement. No one bought it this time. Morello was assassinated. Shortly thereafter, Maranzano had Al Mineo killed. On April 15, 1931 Luciano arranged a sitdown with his old boss Joe Masseria at Nuova Villa Tammaro, a restaurant in the Coney Island section of Brooklyn. 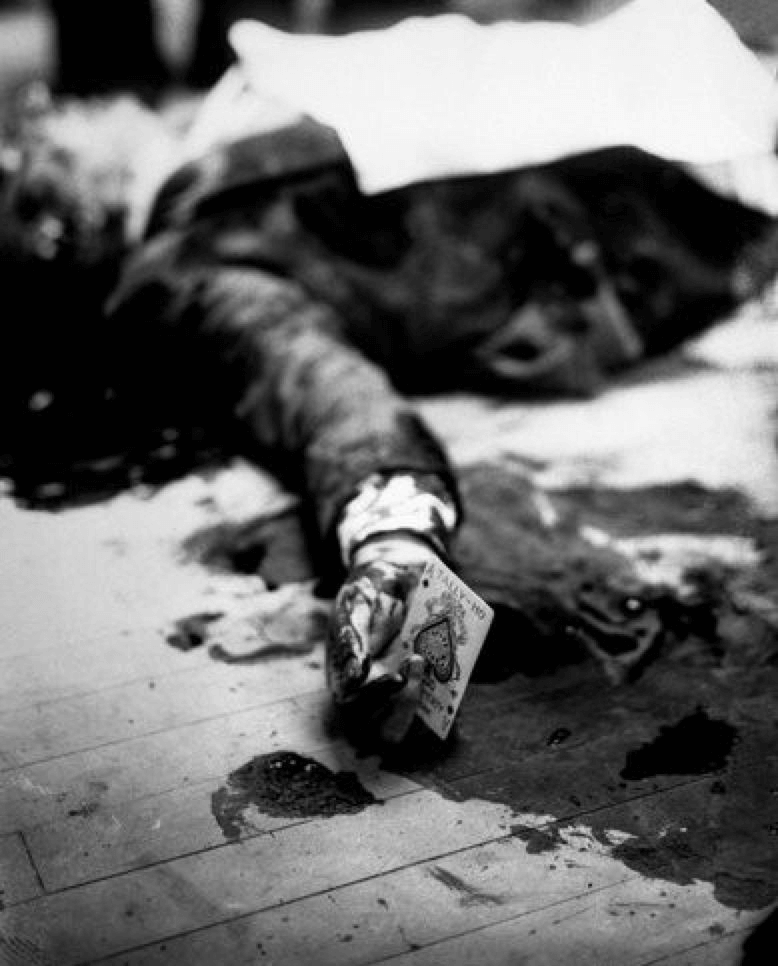 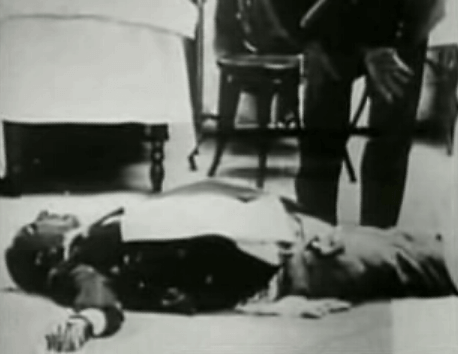 When Luciano excused himself from the table to the toilet, 4 hitters came into the restaurant and killed Masseria. The killers were Bugsy Siegel, Vito Genovese, Joe Adonis and Albert Anastasia.Ciro Terranova drove the car.Maranzano was now the boss of bosses, but not for long as Lucky Luciano ordered the murder on Maranzano only 6 months later.